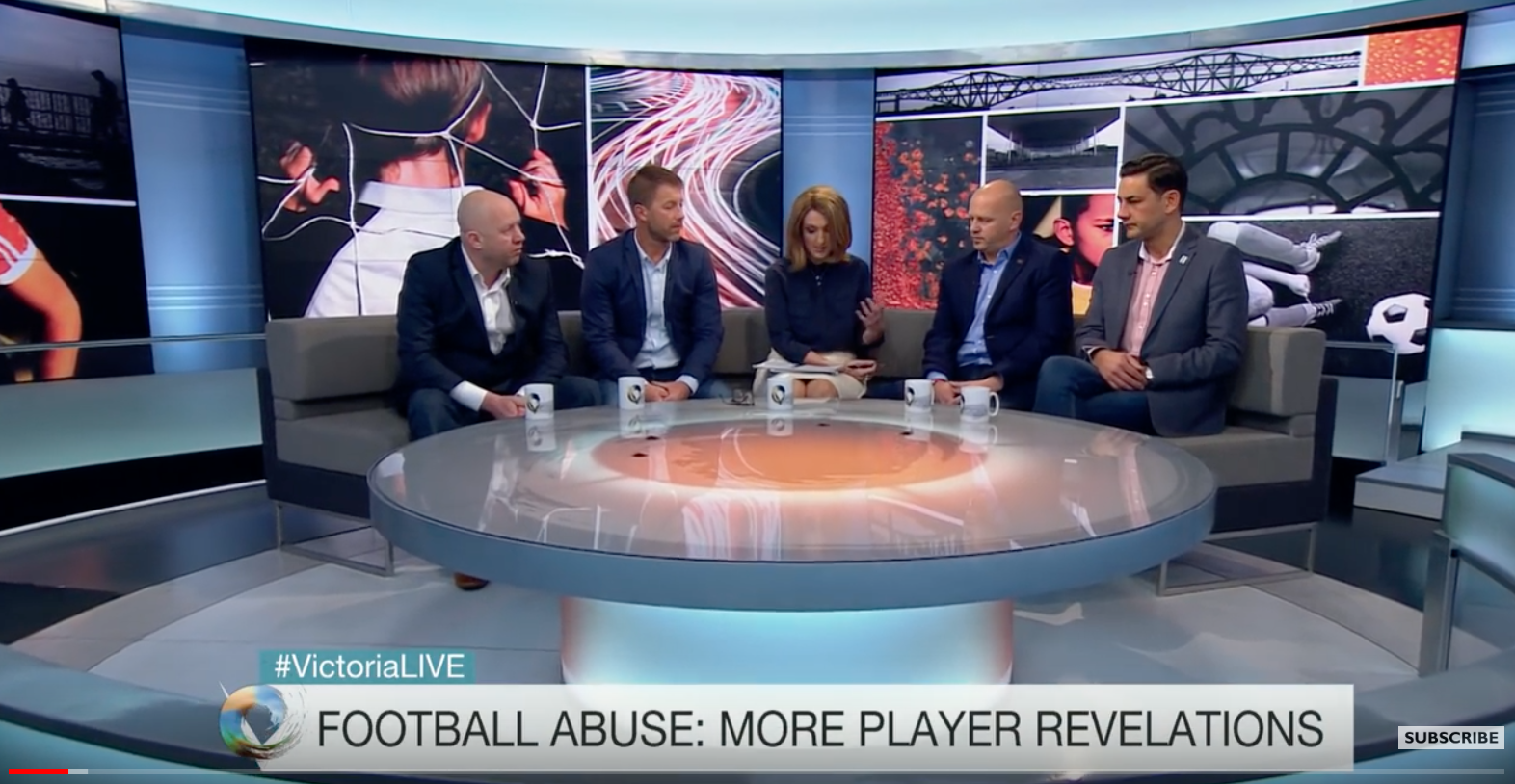 The BBC’s Victoria Derbyshire programme speaks to former footballers Chris Unsworth, Jason Dunford, Steve Walters and Andy Woodward, who all claim to have been sexually abused by former coach Barry Bennell. Bennell, 62, was jailed in 1998 for sex offences against children and was imprisoned again last year. Crewe Alexandra and Manchester City - where Bennell worked as a coach - have begun internal investigations. Dario Gradi, who was Crewe Alexandra's manager for more than 24 years and is now their director of football and academy director, offered "sympathy to the victims of Barry Bennell".