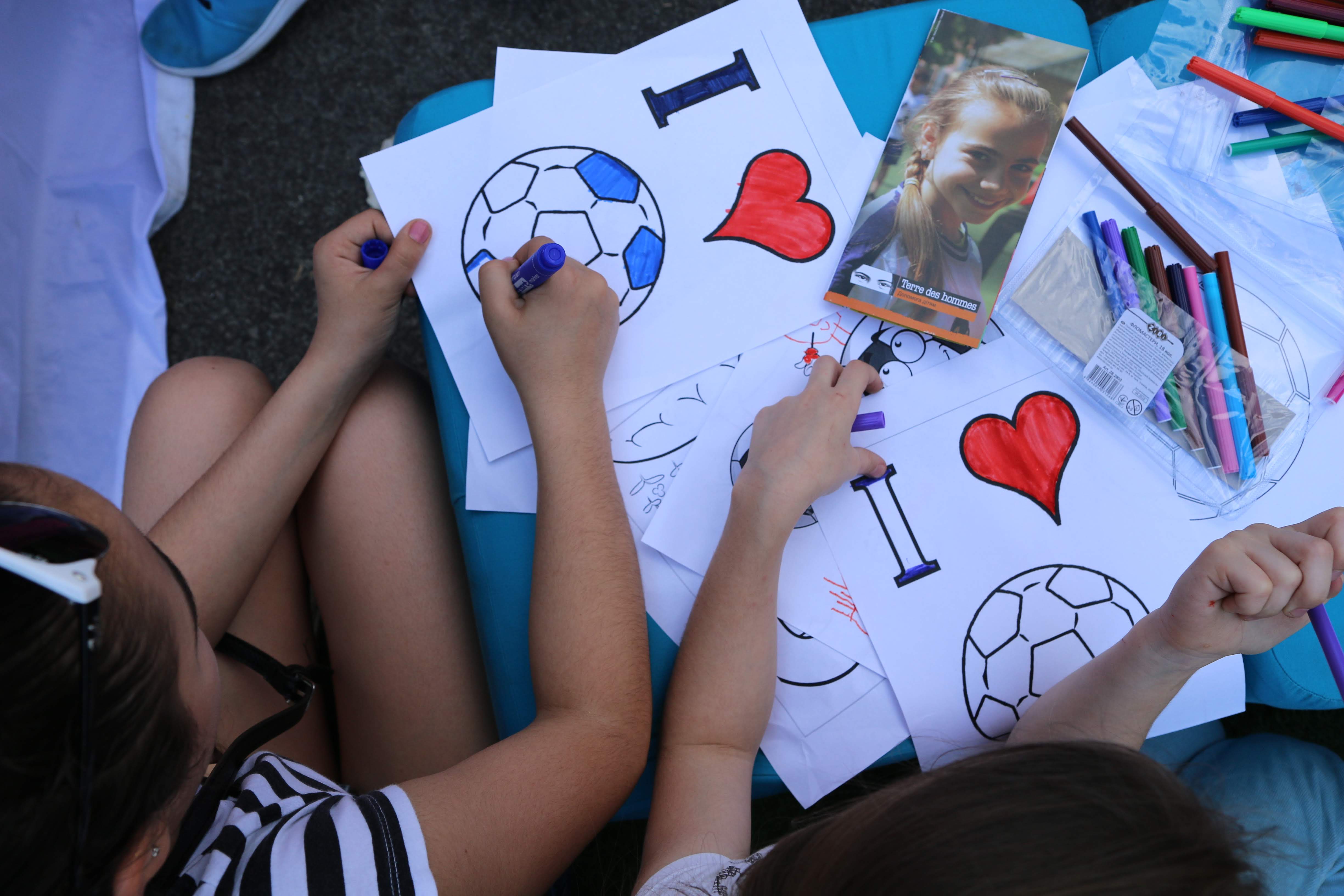 On May 25, Tdh organized fun activities for children visiting the Festival. Children played giant Jenga, colored various pictures, created a football of messages, and received Tdh small gifts. Tdh promoted the use of games and sports, including football, as efficient tools for children’s development and protection. They help them to better face difficulties, including in cases of armed conflicts such as in Eastern Ukraine.

Twelve children affected by the conflict in Eastern Ukraine also had the opportunity to take part in the Festival with the support of Tdh and UEFA. They are from Nyzhneteple, Triohizbenka and Popasna communities (Luhansk region) and travelled to Kyiv, where they engaged in educational and sports activities.

On May 26, the day of the Champions League Final, they played a mixed teams football game with rules that are encouraging the collaboration among girls and boys.

"It was very exciting to participate in such a big event. This kind of activity helps us to learn how to play in a team and to communicate among each other. And these good and fun moments just alleviate the bad moments", said Bogdan, one of the children who traveled to Kyiv from Luhansk region.

The festival was a great opportunity to speak with an international football audience and raise awareness of the many issues that children face in Europe’s forgotten war, and explain what Tdh does for their protection.

Since 2014, when the conflict in Eastern Ukraine has started, Tdh creates child-friendly spaces in communities affected by this conflict, and provide psychological and social support to children living there.