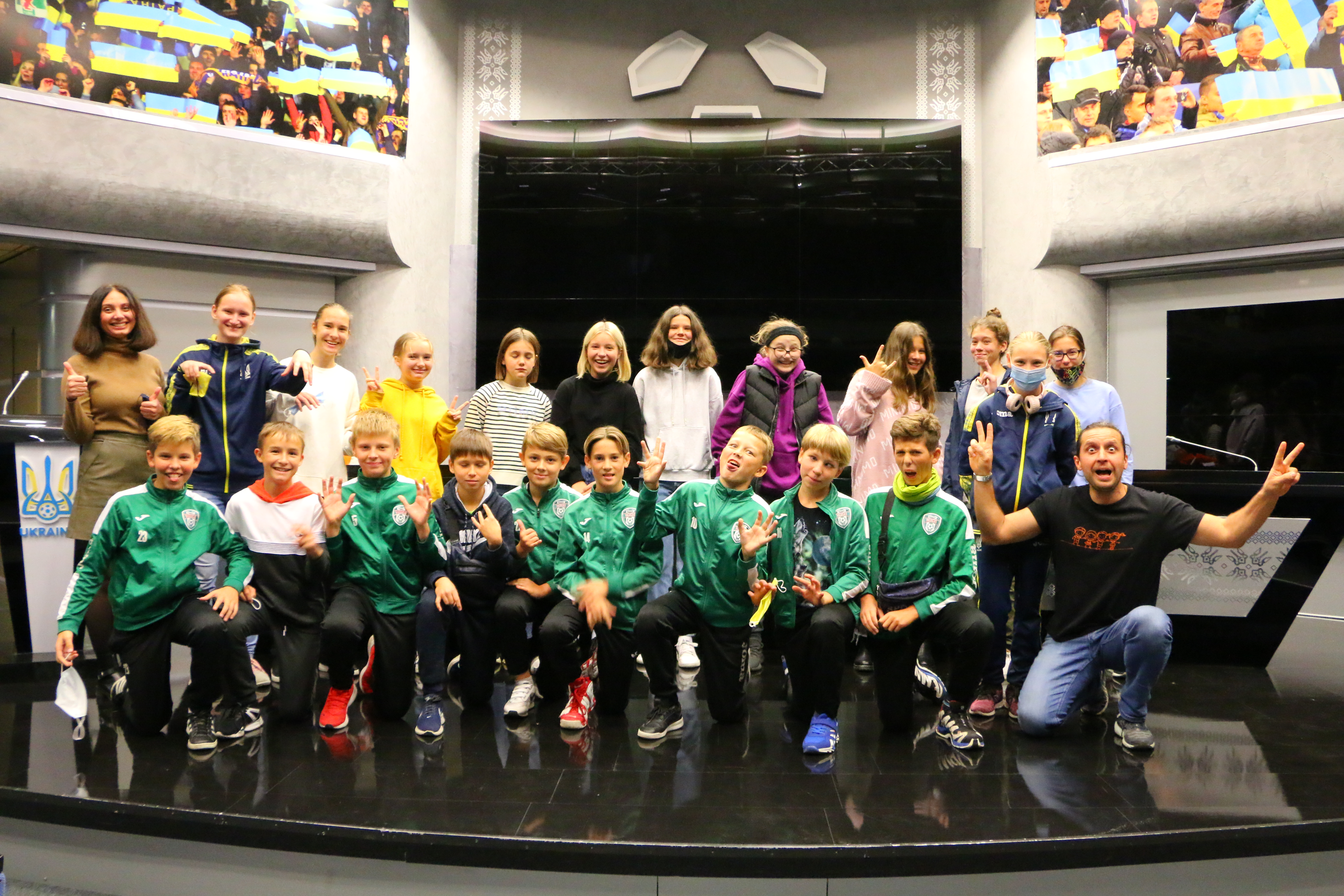 Over the past six months, the Ukrainian Association of Football (UAF) has participated in the UEFA child safeguarding mentoring programme. This pilot project, which was implemented with the support of the international children’s aid organisation Terre des hommes (Tdh), aims to support UAF in developing and strengthening child safeguarding in football in Ukraine.

Mykola Oskoma, Head of the UAF Football Development Department, says: “Strengthening the child safeguarding in football is one of the main areas of social responsibility of the Ukrainian Association of Football. We are grateful to UEFA for the opportunity to participate in a pilot project that helped us to take an important step – to develop the UAF Child Safeguarding Policy. Our policy reaffirms the UAF’s commitment to creating a safe and joyful environment for playing football and for children’s participation in football-related activities, regardless of age, gender, sexual orientation, ethnicity and social background, religion and level of ability or disability. It is a source of information and reference material for people who work with children directly or indirectly – employees, volunteers and people who act on behalf of the UAF in the field of football.

In addition, the Policy is a fairly progressive document that takes into account the latest amendments to the legislation of Ukraine (“On Amendments to Certain Legislative Acts of Ukraine Concerning the Implementation of the Council of Europe Convention for the Protection of Children against Sexual Exploitation and Sexual Violence”) No. 1256-IX, adopted by Verkhovna Rada (Parliament) on February 18, 2021), which increase penalties for the production and distribution of child pornography, as well as for sexual violence against minors.

We must remember that child safeguarding is a shared desire for children to be safe and able to participate in football in an inclusive environment, without any form of abuse and harm. Protecting children is everyone’s responsibility”. 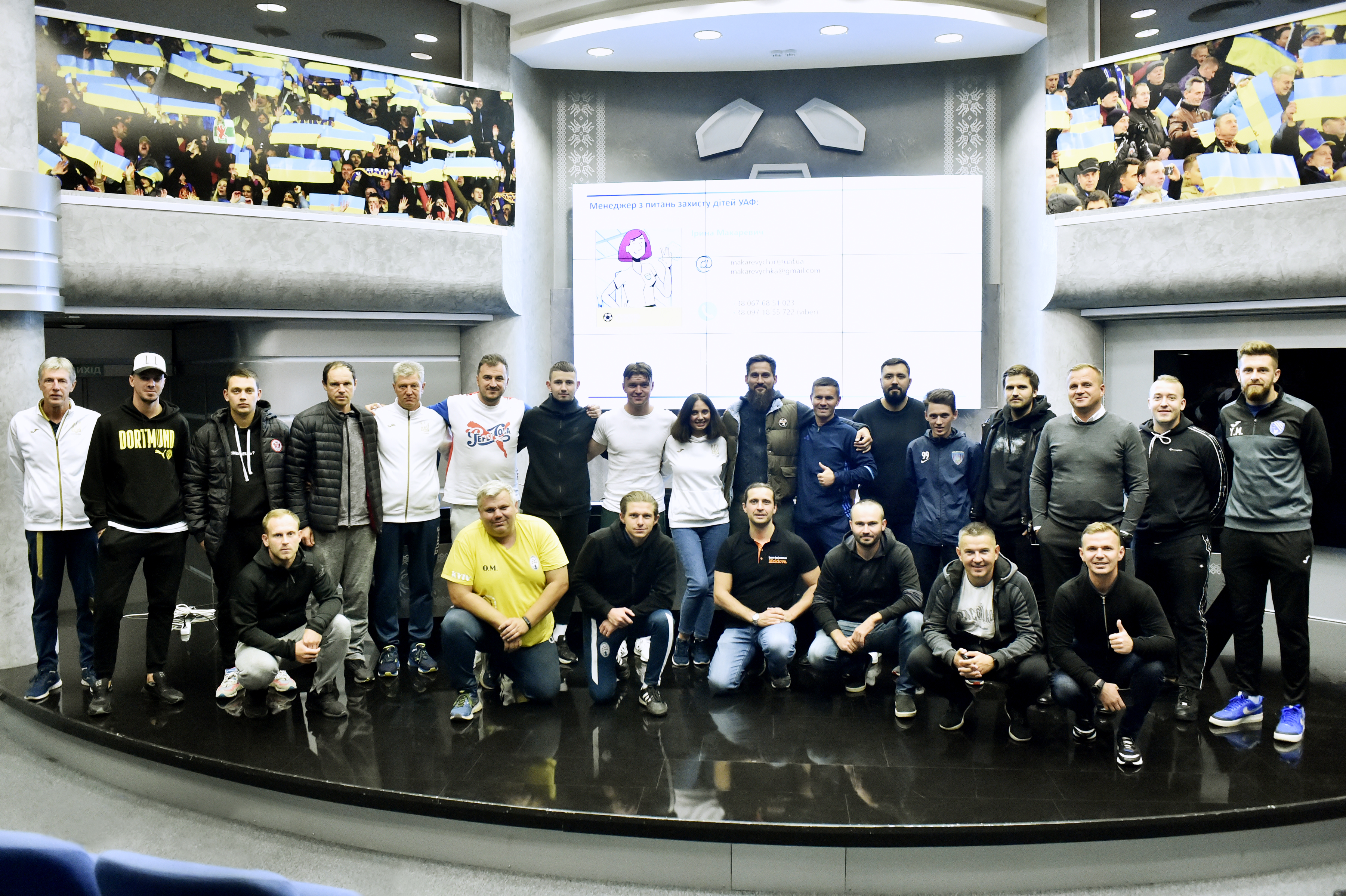 In addition, in August, an orientation workshop on child safeguarding was delivered during a training within the framework of the “Open Fun Football Schools” project, which brought together project leaders from 15 regions of Ukraine. This fall, the project leaders are organising volunteers and hold festivals with the participation of boys and girls in their cities and villages.

During the workshops, the participants got acquainted with the UEFA vision on the issue of child safeguarding in football, the tools developed by UEFA in cooperation with Terre des hommes, as well as the plans of the Ukrainian Association of Football to strengthen child safeguarding in Ukraine. They learned how to work with children who were abused and/or are at risk. UAF encouraged everyone to benefit from further training opportunities, such us the UEFA online courses on child safeguarding.

Oleksandr Kyrychenko, head coach of the City Football Club “Brovary”, shares: “I liked the seminar very much. It was informative, accessible, and interesting. I believe that our colleagues have something to work on, and I think that such seminars will make great adjustments to their work, and it will be for the benefit of our children, and children are our future.”

The last seminar was held together with the boys from “Zmina” 2009 children’s and youth sports school and the girls from the UAF Football Academy. According to the youngest participants, they liked the seminar because it helped them to better understand what violence is, to distinguish its types, to learn more about bullying and how to act in cases of bullying.

Vladislav Oleatovschi, child safeguarding expert at Terre des hommes, facilitated the seminars and throughout the pilot project closely worked with Iryna Makarevych, Social Responsibility Manager as well as appointed Child Safeguarding Focal Point at Ukrainian Association of Football. “I was absolutely delighted to work with all three groups – coaches, staff and children. Although UAF is at the beginning of its child safeguarding journey, the association has progressed a lot, already planning to soon approve the Child Safeguarding Policy. The participants at the seminar were very open to this new and sensible topic, especially considering the East-European socio-cultural background. Together, we discussed real-life cases and identified solutions, including from participants’ local experience. The most interesting session was the one with children, as they showed genuine interest in the topic and were actively participating. I appreciate the professionalism of the UAF staff, and I am very grateful for the openness and hospitality of my colleagues from UAF”, concludes Vladislav Oleatovschi.

In the nearest future, the Child Safeguarding Policy will be approved and the Ukrainian Association of Football will continue to raise awareness on child safeguarding and to build capacity to protect minors in football.