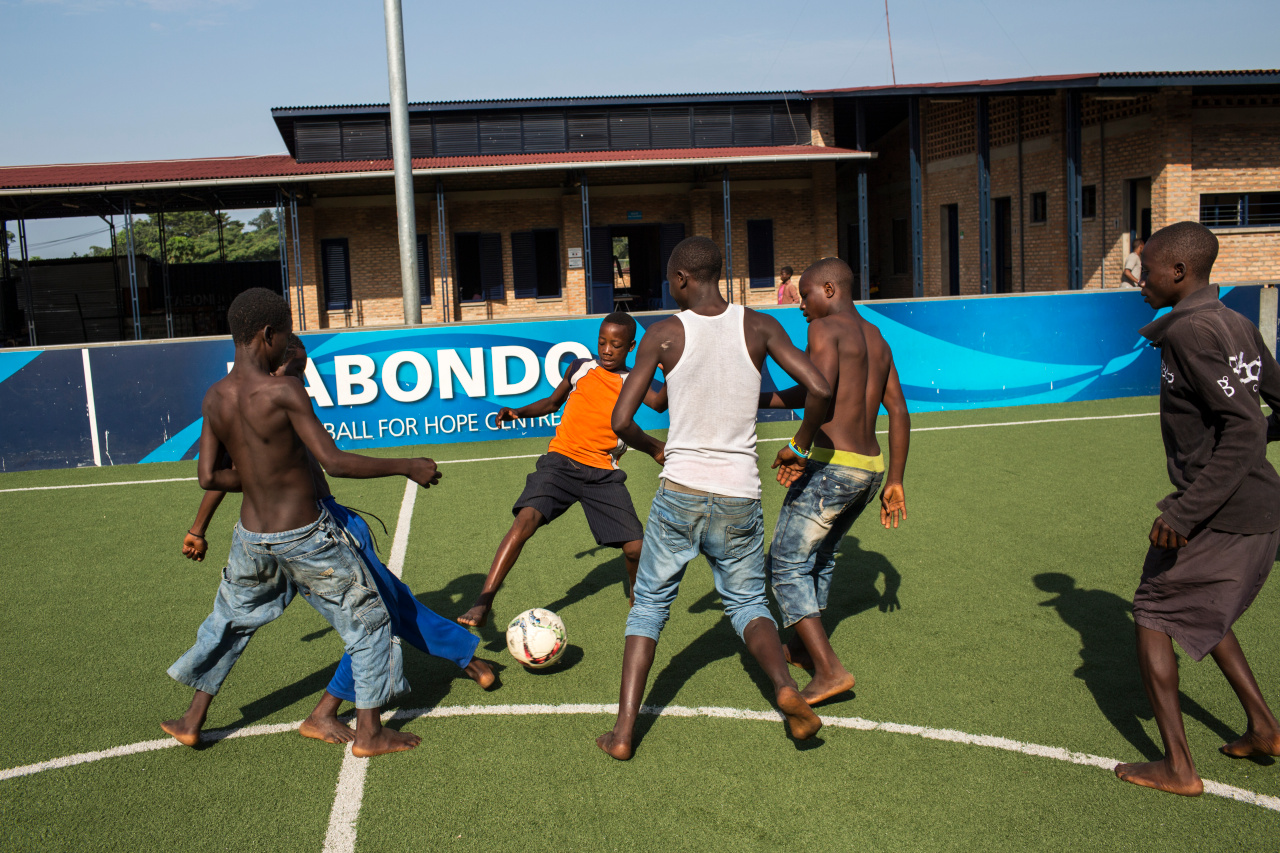 The article below was written by Maddie Grounds, content writer for the Immigration Advice Service, an organisation of immigration solicitors that help undocumented migrants to regulate their status in the UK.

The views expressed are that of the author and do not necessarily reflect the opinion of ChildHub.

For refugees and asylum seekers, acquiring a sense of belonging in Britain continues to be blocked by hostile legislation, institutional negligence and societal scepticism. Integration can be an almost impossible task for those who not only have experienced unimaginable pre-migration traumas, but are often left isolated by inadequate housing facilities and unduly restrictive employment requirements once granted asylum status in the UK. Yet, one proven facilitator of social inclusivity for these groups is partaking in football; a team sport which establishes stability and self-empowerment within a supportive community.

The Power of Football

A research project by ‘Football Unites, Racism Divides’ (FURD) has uncovered the undeniable benefits that playing football has on the lives of refugees and asylum seekers. After receiving funding as part of the Big Lottery Research Fund, the organisation launched a three-year research project to examine the role of football for refugees and asylum seekers and to raise awareness of issues faced by these groups. On top of this, FURD continue to successfully integrate a number of asylum seekers into local football teams as well as involving them within football’s broader structures, such as employment opportunities for community coaching.

Whilst the traditional notion of ‘belonging’ in the UK is often legitimated by legal boundaries of British citizenship – a condition absent for most asylum seekers – football creates interpersonal relationships amongst its members, establishing a shared community and creating personal feelings of inclusion. Football-based activities promote routine, sociality and empowerment, intertwining personal identities, community awareness and cultural expression. Football in the park such as organised matches, informal matches and training sessions integrate geographically-connected individuals from culturally differentiating backgrounds and enable asylum seekers to familiarise themselves with their new environment.

Having held regular training sessions for ethnic minorities since 1996, FURD provides quality coaching and opportunities to play small side matches whilst running ‘talent-spotting’ schemes to filter players into amateur football teams. The charity now also runs weekly drop-in sessions, particularly targeted towards asylum seekers who are often living in hostels and relying on as little as £15 a week. FURD loans participants suitable footwear and a kit as well as providing hot showers and toiletries, meals and financial support for all travel costs.

Compassion and empathy stand at the heart of the organisation, with many staff having been asylum seekers themselves and therefore able to impart their own experiences when offering guidance and support. Acknowledging the group’s liberating and encouraging ethos, one asylum seeker from Zimbabwe explains, “I come here to let off steam and enjoy it with people who understand me… everyone really understands the situation you’re in, which is a very difficult situation and people don’t constantly bombard you with the situation you’re in. You are free and you’ve got people who understand, people who are learning to understand, which means a lot to people like me.”

The Difficulties in Social Integration

Whilst the process of integration for refugees is both complex and multi-faceted – involving social, educational and financial contexts - one aspect which remains certain is the system’s two-way process. It is the responsibility of the host country to provide housing, healthcare, employment and education. Additionally, training should be provided to both prevent poverty and destitution and help to alleviate the emotional struggles endured by victims of war-torn countries, persecution and familial separation. Employment is undoubtedly the greatest enabler of integration, offering financial stability and enabling social interactions. However, only asylum seekers waiting over 12 months for a claim are able to seek employment, with other obstacles such as high skill requirements, language barriers and near-negligent support systems all making the search for employment an almost impossible task.

Although charities and grassroots organisations- such as FURD- play a fundamental role in alleviating the financial stresses of refugees and asylum seekers, it is legislative changes from the top that need to be implemented in order to tackle the present commonality of poverty and destitution for these groups. The vast majority of asylum seekers rely on Section 95 financial support; this equates to just over £5 a day to spend on food, clothing, toiletries and other essential items, with a mere £3 extra a week for children under three.

What’s more, the quality and safety of houses have been found way below the ‘decency standards’ of local council provisions, with the Report on the Parliamentary Inquiry into Asylum Support for Children and Young People reporting ‘how families are living in poorly maintained, overcrowded accommodation which can be damp, dirty, cold and unsafe; infested with mice, cockroaches and other pests, rotting floorboards and locked windows.’

Aside from the immigration system’s unjust practicalities, trauma-related mental health disorders, such as PTSD and chronic depression, are typical amongst refugees. In fact, research suggests that asylum seekers are five times more likely to have mental health needs than the general population and over 61% will experience serious mental distress. Whilst pre-migration experiences in an individual’s home country is out of the control of British hands, post-migration trauma such as poor housing, forced unemployment, separation from families – and relentless hostile societal attitudes - are all problems which can be tackled with support and funding from the very authorities who fail to do so.

Clearly, with the UK’s current political climate remaining transfixed on hostility and neglect towards asylum seekers, grassroots organisations will continue to lead the path for social integration and community creation through a range of communal activities and support groups. Asylum seekers should not only feel accepted, but empowered - and football is just one of the many inspiring ways to ensure that.