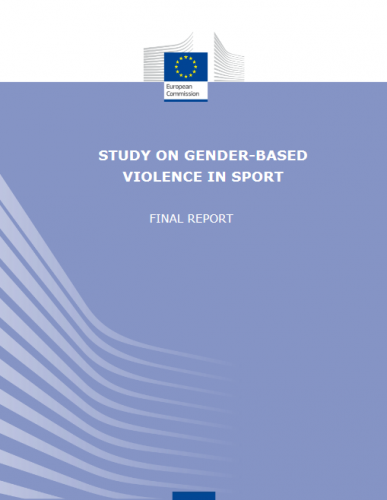 This study provides an overview of the legal and policy frameworks, describes initiatives promoted by sport and civil society organisations, identifies best practice in combatting gender-based violence in sport and makes recommendations for future action.

Various approaches to prevent gender-based violence in sport were identified. Most initiatives target sports organisations (including federations, associations, and clubs) and coaches. These were mostly carried out on an ad-hoc basis.

The focus of the study was on the coach-athlete relationship, the entourage of the sportathlete relationship (e.g. managers, officials, doctors, physiotherapists) and the peer athlete-athlete relationship. This study considered both female and male victims, and female and male perpetrators. Special attention was also devoted to children and youth, because young athletes (girls and boys) have specific rights and needs and may well be victims of gender-based violence. The study explicitly included violence against LGBTQI4 persons. The study did not exclude any sport discipline, and covered both elite/professional and grassroots sports.